Offshore dive supply tug COASTAL JAGUAR caught fire, seemingly on her work deck in stern area, in the morning Aug 12 off Andhra Pradesh coast near Visakhapatnam, southeast India coast. Of 29 people on board, 28 were rescued, 1 went missing. Witnesses reported explosion heard, prior to fire. The ship was obviously, engaged in offshore works, at the time of an accident. Fire said to be put under control in the afternoon.
Offshore dive supply tug COASTAL JAGUAR, IMO 8213108, dwt 1500, built 1983, flag India, owner Comacoe Ltd. 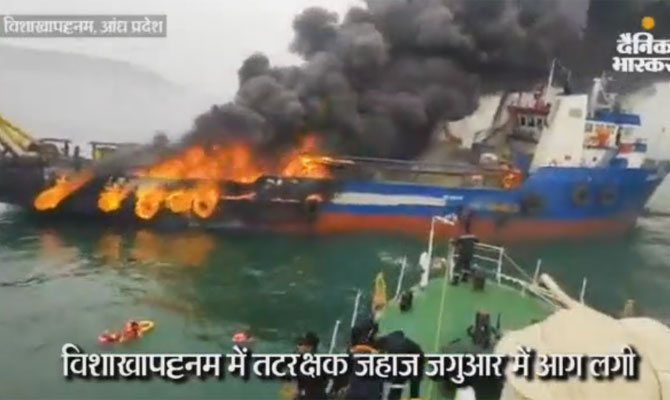